Last week was one of milestones for Netronome. We announced the Netronome Agilio Server Networking Platform, introduced our new logo and launched our new website.

We have had an exciting decade –

At the heart of this success has been our deep market knowledge and core competency in the area of server-based networking applied to the niche market for network appliances for security and optimization. In order to implement server based networking we invented the flexible network flow processor to offload and accelerate processing for these applications.

But our market aspirations are bigger and broader. Data center applications are causing a rapid sprawl of virtual machines and the deployment of a growing number of containers, requiring data center operators to roll out new networking features at an often untenable rapid pace, while addressing an increased need for distributed zero-trust network security. In addition, the simple application of Moore’s law is not saving the day anymore e.g. the cost of processing in CPUs is not halving every 18 months anymore. This means that simply using general purpose CPUs for server based networking is to expensive and power hungry. New architectures are needed, and fortunately, Netronome developed server-based networking solutions that can now be applied to all servers in the data center.

Today, server-based networking results in high CAPEX and power consumption. At the same time, introducing new solutions can take two or more years due to the design, testing and delivering process for new silicon, significantly slowing the rate of innovation. In addition, current solutions cannot provide the level of security needed for networking speeds at or above 10Gb/s, a norm in today’s data centers. This is required as IaaS necessitates distributed application firewalling which loads the server even more if its not offloaded by solutions such as those from Netronome.

Mega-scale data center operators – Microsoft Azure, Amazon Web Services and Google Cloud Platform – have shown that these server-based networking challenges can be addressed at scale by building, designing and acquiring their own silicon and networking software engineers, but the rest of the market also needs server-based networking at a better price/performance point while achieving the high-scalability efficiencies of these mega-scale data center solutions.

This enables businesses of all sizes to dramatically increase the efficiency of their data center compute infrastructure, delivering up to 5X higher throughput while reducing CPU requirements by up to 80 percent compared to traditional NICs and server-based networking implemented in software. The platform can accelerate server-based networking functions, delivering 20X the price/performance of the nearest competitor.

We are uniting the speed and flexibility of software innovation with the performance and efficiency of hardware.

It is an honor and we are excited that companies such as China Mobile, Fujitsu Advanced Technologies Limited, Juniper Networks, Mirantis and Tieto are validating our product and strategy by adopting and relying on our Agilio platform. We expect to add more names to this list over the next few months as this an industry wide problem.

I look forward to what our next decade will bring and how Netronome will continue to drive innovation in the server-based networking market. I encourage you to stay along for the ride. 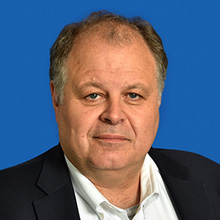 Niel was the founding CEO of Netronome and as a technology and business visionary, has led the company in the development of x86 networking co-processing solutions resulting in significant revenue growth. Prior to founding Netronome, Niel served as group CTO for Marconi plc after serving as GM and SVP of the FORE Systems Service Provider BU where he drove a highly successful ATM adapter and switch portfolio of products. He attended the University of Stellenbosch in South Africa and Cambridge University in the UK.